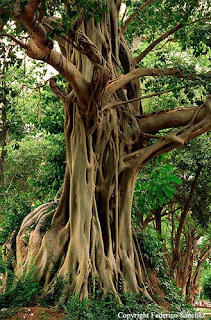 Family obligations made me miss last week's session at Boundless Way, but I tried to makeup for it by digging more deeply into my research on Buddhism and its founder. I finished Karen Armstrong's terrific biography of Buddha, and have been making my way through Huston Smith and Philip Novak's Buddhism: A Concise Introduction. A Buddhist day of commemoration is coming up this week, so in preparation for that, I thought I would share a bit of history and some thoughts on the historical figure of the Buddha.

The word “Buddha” is just like the word “Christ”--a title that has been transformed into what most people consider a personal name. The word “Christ” actually means “the annointed one,” which is the honorific title that Jesus's early followers gave to him. Joseph and Mary were not addressed as Mr. and Mrs. Christ. Jesus would have been referred to as Jesus of Nazareth if you were meeting him at the wedding at Cana, as in:

“Who's that guy doing the chicken dance?”

Similarly, the word “buddha” actually means “the awakened one,” and also was a descriptive title that the one we know as “Buddha” gave to himself. The given name of this historical figure was Siddhatta Gotama, and he was an aristocrat who lived in the 5th century BC in an area that now lies around the border of India and Nepal. Most of the facts we have about his life come down from a wide range of historical and mythical accounts, none of which were written down until hundreds of years after his death.

A couple of quick highlights: Gotama was born to privilege and wealth, and destined for earthly and political power. His father wanted to shelter him from all pain and suffering, and so kept him secluded and distracted with earthly pleasures as much as possible. While in the early prime of his manhood, though, he encountered a series of jarring sights—a sick and elderly man, a corpse, an ascetic monk—and was so disturbed by his sudden awareness of suffering in the world that he left his wife and newly born son and went out to wander in search of a remedy.

He studied under gurus, practiced extreme forms of asceticism, and performed yoga and meditation until finally he felt he had begun to discern the way. As he neared what we might consider his final insight or revelation, he sat beneath a Bodhi tree (pictured above) and vowed not to rise again until he had achieved enlightenment. The day upon which he reached enlightenment and attained Nirvana—a complicated concept that I won't take up here—is one that will be commemorated this week, on December 8th. As one of the teachers at Boundless Way put it jokingly a couple of weeks ago, you can think about this date like Buddhist Christmas.

So while you are hanging tinsel and Buddha ornaments off your Bodhi tree, I'll offer one subject for reflection—one of the aspects of Buddhism that I find both frustrating and attractive.

After Buddha attained enlightenment, and began to teach others how they too might achieve it, many followers asked him questions about how he saw the structure and meaning of the universe and our lives: Who made the world? What happened to us when we died? What Gods should we worship?

Buddha steadfastly refused to answer these kinds of questions. As Armstrong puts it, “these matters might be interesting but they would not give a disciple enlightenment.” Buddha told a parable in which he explained why focusing on such matters was a futile and distracting pursuit:

“It is as if a man had been wounded by an arrow thickly smeared with poison, and his friends and kinsmen were to get a surgeon to heal him, and he were to say, I will not have this arrow pulled out until I know by what man I was wounded, whether he is of the warrior caste, or a brahmin, or of the agricultural or lowest caste.”

For the Buddha, we should put our focus on finding distance from the relentless demands of the self, which would enable us to learn to live happily in a world of sorrow and decay. Buddhism is an eminently practical belief system in some ways, with a constant focus on the practice of training your mind and body to turn themselves towards right thinking and action.

In some ways I find this to be a wise perspective. Nothing leads to useless anxiety more than worrying about things which are out of your control—as the structure of the universe will be for most of us. And I have little doubt that the more we can tame the wild desires of our egos, the more we are able to find satisfaction and pleasure in our everyday lives.

At the same time, I have always enjoyed speculating about the big questions we can ask about the world, and talking about these questions with others. The very existence of this blog, and my book project, stem from my ongoing interest in those larger questions. I also am not convinced that we should divorce our everyday actions and beliefs from larger convictions about our lives and the universe.

But I have a few more weeks with the Buddha, so I will continue to give him the benefit of the doubt for now, and continue with my reading and daily meditations. Thoughts on all of this, as always, are welcome below.
Posted by James M. Lang at 4:02 PM