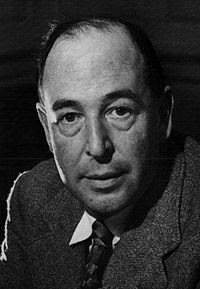 Earlier this year, I struck up a correspondence with another academic whose work I admire. When our e-mail conversation turned to the subject of religion, he seemed very surprised to learn that I was a Catholic. A lifelong agnostic, he described himself as open to the possibility that God might exist, but he was quite skeptical, even dismissive, of just about every specific religious belief, doctrine, or practice that we discussed.

One sticking point that he kept returning to was the idea of hell. He kept nudging me on this point, reminding me that Catholics believe in hell. How on earth could you subscribe to a faith, he seemed to imply, that propagated such a ridiculous and manifestly unjust notion?

I did my best to explain to him that my recent year of spiritual exploration had convinced me that worrying about the afterlife was about as useless of a preoccupation as I could possibly imagine, even—and perhaps especially—for the religious.

Every deeply religious person that I have encountered and admired over the course of my explorations has been someone who focused their religious and spiritual practices on this world. Whether those spiritual practices drove them towards works of personal charity or political service, or gave them a sense of inner peace and contentment, these people exemplified for me the notion that spirituality should make a difference first and foremost in our lives here on earth.

And even if that were not the case, I added, to my skeptical correspondent, we could spend every minute of our lives in speculation about the existence and nature of heaven and hell and we'll never get any closer to knowing whether or not we're right.

Still, though, I did share with him the fact that the idea of hell was the source of my first disagreement with the religion of my childhood. At some point in high school I told my father that I found it hard to believe in a God who would create or allow the existence of hell. Always an open-minded and thoughtful person, my father invited a priest friend over for dinner, and encouraged me to share my disagreements with him.

I don't remember whether or not that conversation resolved my immediate doubts, but I do know it began a lifelong process of bouncing back and forth between faith and unbelief, and of embracing and rejecting religious faith at different points along the way. My recent travels in the spiritual world have brought me back to faith, but of course who knows what the future will bring?

Which brings me back to hell. A couple of weeks ago I was scanning my bookshelves for something to read, and my eye lit upon a very small, beat-up paperback called The Great Divorce, by C.S. Lewis. I have no recollection of either obtaining or reading this book. We had a bookstore in South Bend, IN, where I attended college, that featured extensive collections of books of philosophy and theology, and I'm guessing I probably picked it up there—but then stuck it on a shelf and never read it.

I pulled it down from my shelf and read through it in an afternoon. An imaginative work of theological fantasy, the book offers a fascinating view of hell—not a place of fire and torture, but a graying town full of normal people—and an equally fascinating view of the relationship between heaven and hell.

In Lewis's afterlife, a bus leaves from hell every so often and takes any interested residents of hell to the edge of heaven. There, inhabitants of heaven meet the bus travelers at the border and try to encourage hell's inhabitants to come join them in paradise. The residents of hell are free to enter heaven on the one condition that they have to leave behind the things that are keeping them from opening up to God's love—which of course happen to be the things they cherished the most in their earthly lives. Most of them refuse to leave those things behind, and eventually get on the bus back to hell.

The kinds of characters who refuse to enter heaven make for instructive reading: sensualists who refuse to give up the pleasures of the body; a theologian who prefers arguing about God to believing in God; an artist who will not enter paradise if it means no more painting; a writer who refuses to give up the small literary reputation he has earned in hell; a showily pious man who refuses to enter heaven when he sees someone there who was a great sinner on earth; a woman who will not enter unless she can be guaranteed in advance a reunion with her dead son.

The common feature of all of these individuals is that they place their own needs and desires first: they will only accept heaven if heaven will conform to their view of what it should be like. In some cases, they will only accept heaven if they get to choose who gets in and who doesn't. Almost all of them ultimately decide that they matter more than God, and that therefore they would prefer to return to hell, where they can endlessly—and unhappily—indulge their selfish needs and desires.

Lewis's narrator, confused at the prospect that souls can leave hell anytime they want to, finally asks one of the heavenly host directly about the connection between heaven and hell. Can people really leave hell?

“If they leave that grey town behind,” his interlocutor replies, “it will not have been Hell. To any that leaves it, it is Purgatory.” For the people that choose to stay, by contrast, it remains hell.

The narrator, later on, offers the objection—voiced by many thinking Christians throughout history, including my own teenaged self—that it seems cruel that people can be in bliss in paradise while even a single soul suffers in hell.

But this objection holds no water in Lewis's imagined afterlife. All who stay outside the gates of heaven do so by choice. “No soul,” the narrator's guide explains, “that seriously and constantly desires joy will ever miss it.” Should the choice of hell's inhabitants to reject God, the guide asks, prevent the rest of us from celebrating our choice to embrace Him?

Although I find Lewis's theology occasionally frustrating—I see much to disagree with in his views of women and sexuality, as I do in the views of the Catholic church—he remains one of the most imaginative and charitable writers I have ever encountered on the notion that God should be defined as the source of inifinite love and mercy—and on the implications of that definition for the afterlife.

Lewis's vision of heaven and hell strikes me as wise, comforting, and reasonable. Whether we'll find anything like it after we die . . . all I can say on that score is what I have said many times now to my skeptical friend: