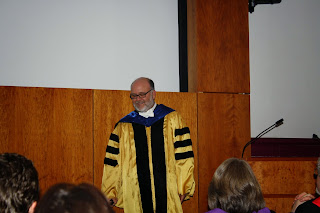 I've never been much for ceremonies and rituals, academic or otherwise, but last week I had the pleasure of witnessing the inaugural lecture and university vote of thanks for my older brother Tony Lang at St. Andrews University, and what a treat it was.  Tony was promoted to the equivalent of full professor at St. Andrews this year, and as a part of that process he was invited to give a public lecture on his research, followed by a brief speech in which a colleague describes the importance of his research and his value to the university.

Tony created and directs the Centre for Global Constitutionalism at St. Andrews, and this has been the subject of his recent research.  His lecture was entitled "Is There a Global Constitution?"  The lecture began by noting a difference between a "constitution," or written document tied to a specific political entity, and "constitutionalism," which is more of a theoretical description of what constitutions should do: namely, they both allow people to exercise power through rules and laws that they create, but also ensure that people are limited by the institutions and laws they create. 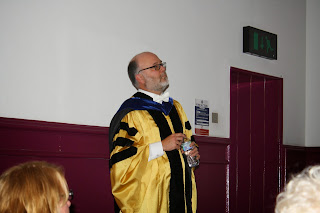 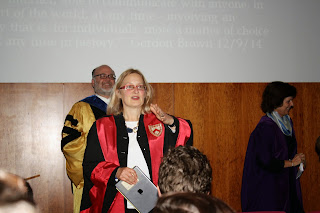 Following the lecture, a colleague of Tony's stood and read a wonderful tribute to him and his research, describing him as her "ideal professor," as someone who was doing incredibly important research and yet also making valuable contributions to the education of his doctoral and undergraduate students at St. Andrews University. It was a proud and happy speech for this little brother to hear, as well as my father and oldest brother who had joined me for the trip to Scotland.  (And in case you were wondering, we did indeed celebrate the next day with a round of golf on the Eden course at St. Andrews.) 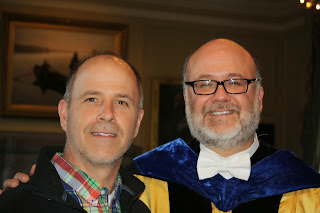 So congratulations to Tony Lang for his promotion to full professor at St. Andrews University!